Posted on September 25, 2016 by bellsonbloor

What a great day for a bike ride.

Volunteers were giving away bells customized with stickers designed for today’s ride.   Curbside Cycle provided these at cost, and also supplied a bike mechanic for the start of the ride. 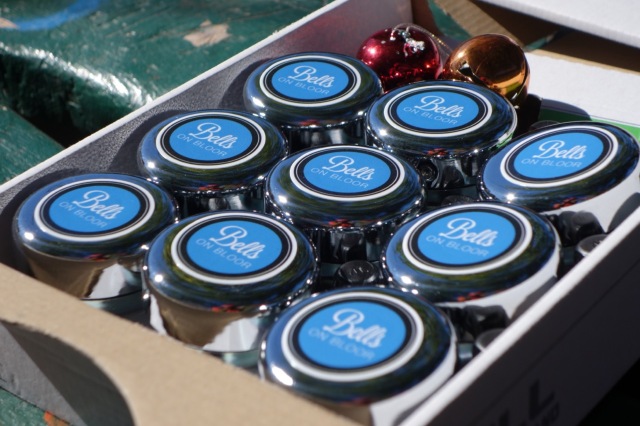 Albert Koehl gives some introductory remarks before introducing the other speakers. 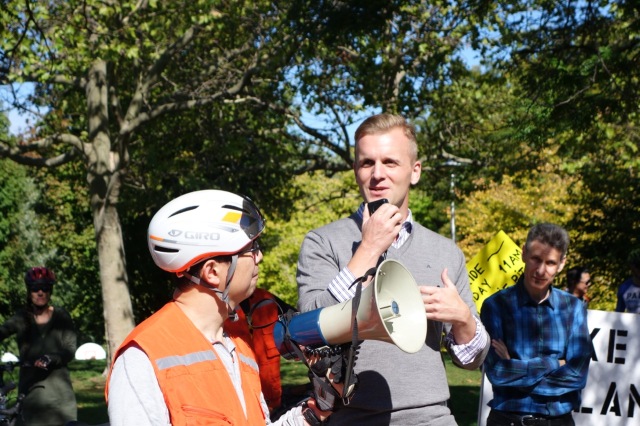 Gideon Forman from the David Suzuki Foundation reiterated their support for initiatives like the bike lane pilot on Bloor. The DSF also ran the Christie Pits Crawlfest as part of their Homegrown National Park series of events.

Jared Kolb talks about Cycle Toronto, and how it has been able to build on the efforts of many bike advocates. 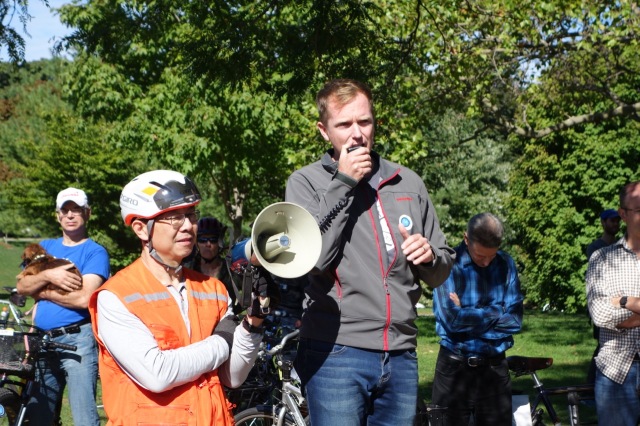 Mike Layton preaching to the choir. We want safe streets for everyone.

A pretty good turnout on a glorious fall day.

Angela in the lead with the banner.

Riding past the ROM. 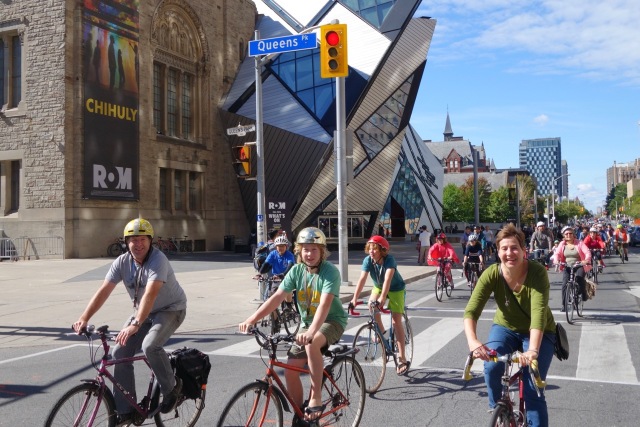 I wonder what’s happening with the removal of a concrete divider on the bike lane?

Back along Bloor St.

We are greeted by the banner again at the end of the ride.

Cycle Toronto was providing bike valet for those who wanted to stay for the Christie Park Crawlfest.

Thanks to the organizers, the volunteers, and all those who rode with us today. Remember that although we were celebrating the Bloor bike lane pilot, our work on making safer streets for everyone has a long way to go. This pilot is just a first step towards realizing the vision of a permanent cross-town Bloor-Danforth bike lane, first recommended in 1992.

Update: Dandyhorse has some words and pictures of the group that rode in from Scarborough and the Danforth.